We can align reads to a genome

There are several tools used to map reads to a genome

Each one has several options, that you can read in their manual

Why we want to do this?

All these tools produce the same kind of files

They are big. Sometimes they are encoded in binary

What is the alignment data?

(these are three long lines, written in several lines)

What is the alignment data?

Each column in Sequence Alignment/Map (SAM) has a different meaning

What is the flag?

Each bit in the FLAG field is defined as:

What is a bit flag?

The FLAG column is a number

It is the sum of numbers on the previous table

The first read is not paired, and aligned in the Forward strand

The second read is not paired, and aligned in the Reverse strand

What do we mean by “Paired”?

Each read has its “pair”

How to know which reads are paired?

What do we mean by “proper paired”?

In other words, it shows which operations are necessary to map the read to the reference 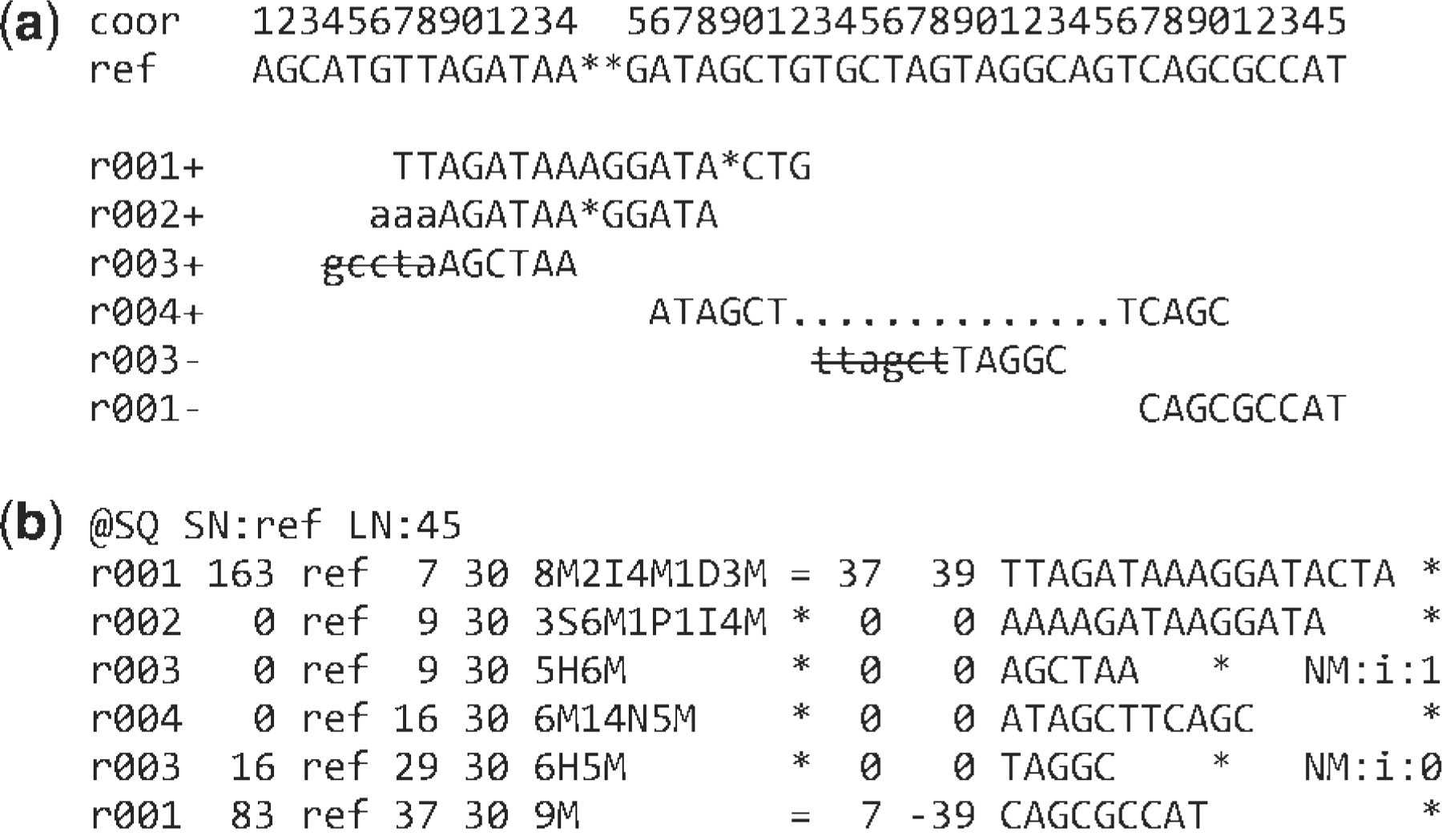 The last six bases of read r003 map to position 9, and the first five to position 29 on the reverse strand.

The hard clipping operation H indicates that the clipped sequence is not present in the sequence field. The NM tag gives the number of mismatches.

Read r004 is aligned across an intron, indicated by the N operation.

What do you see here?

How to do your own alignments?

If you have a good super-computer, and you know how to use it, then you can do it easily

For small projects it is better to use galaxy