Why do we sequence DNA? 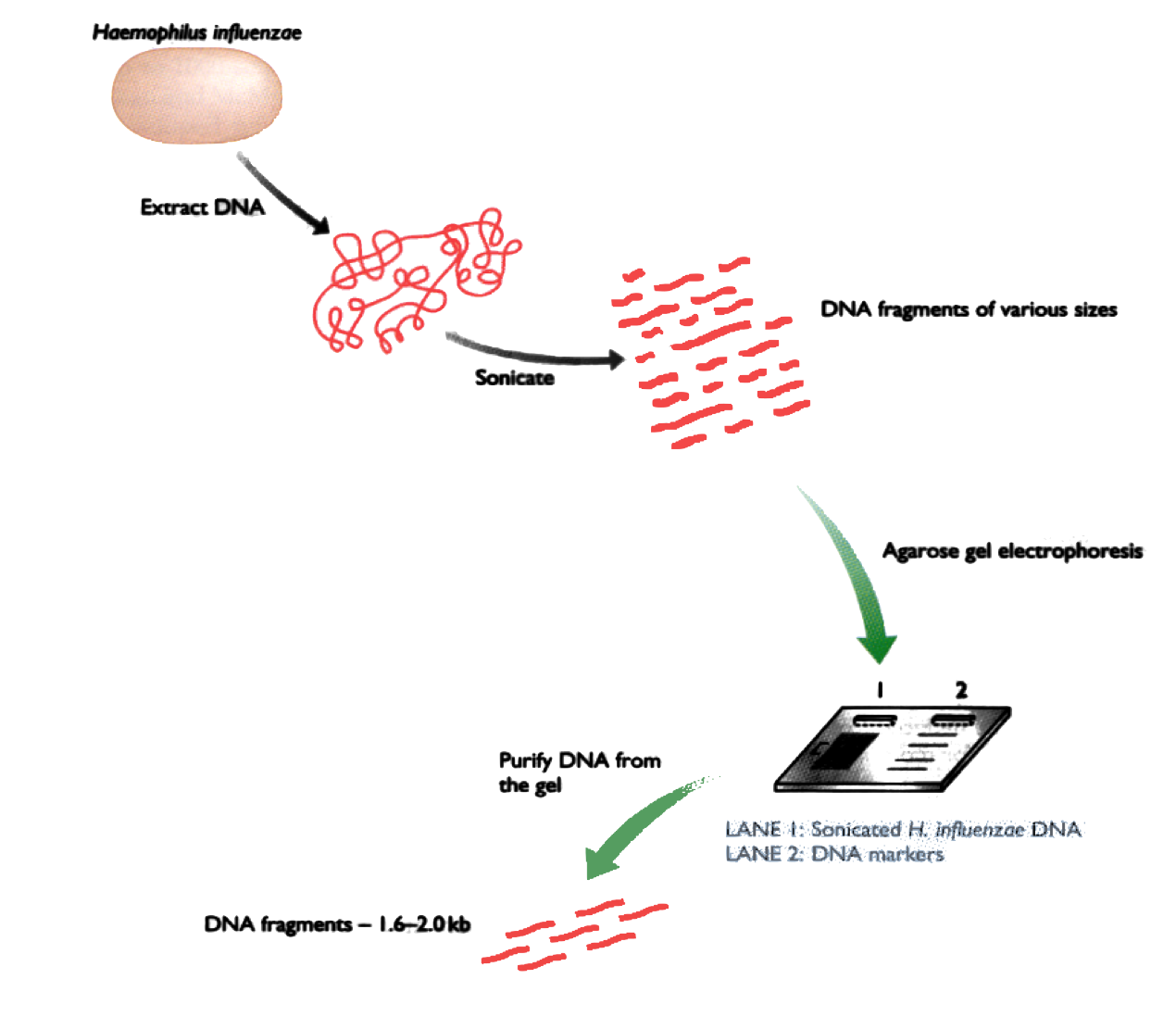 Each fragment is a physical object

Each strand can be sequenced and produce a read

Usually we have two reads for each fragment

They are sometimes called “forward” and “reverse” reads

There are many sequencing methods, based on different physicochemical properties

They are in constant development. We will focus on their key properties

See DNA sequencing on the WikiPedia for more details 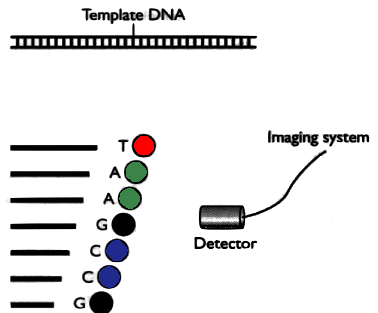 DNA is separated in 4 parts, each part is mixed with a different restriction enzyme. Then the fragments are separated by electrophoresis.

In a second version, each part is marked with a different fluorophores and then placed in a single capilar electrophoresis, with a light detector 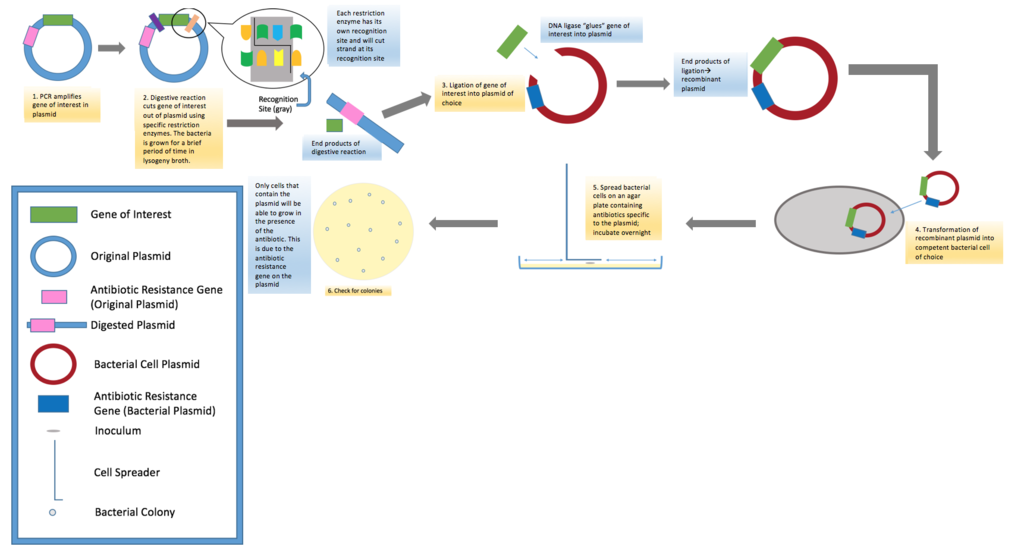 Part of the vector will be sequenced in every read

The result is a chromatogram. Filenames ending in .AB1 or .SCF 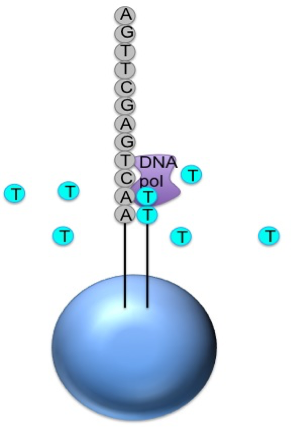 Generic adaptors are added to the ends and annealed to beads, one DNA fragment per bead

The fragments are then amplified by PCR

Each bead is placed in a single well of a slide

Each well will contain a single bead, covered in many PCR copies of a single sequence

The slide is flooded with one of the four NTP species 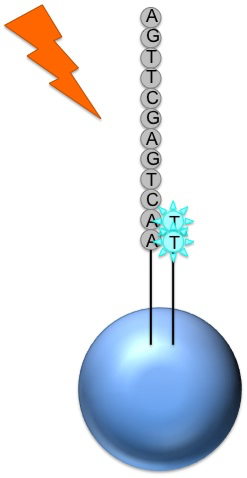 The nucleotide is incorporated when it matches the template

If that single base repeats, then more will be added

The addition of each nucleotide releases a light signal, and is registered with a hight resolution video

This NTP mix is washed away

The next NTP mix is now added and the process repeated, cycling through the four NTPs.

This kind of sequencing generates graphs for each sequence read, showing the signal density for each nucleotide wash

The sequence can then be determined computationally from the signal density in each wash.