Among the several shows in Chilean TV, there is one about Chilean expats. It is called “Siempre hay un Chileno” (that is “There is always a Chilean”). The name comes from the idea that, wherever in the world you go, there will alway be a Chilean migrant.

That is probably true, but not surprising, since all countries have some of their citizens living abroad. I guess that Chileans are surprised to find a fellow citizen since Chile has a relatively small population and, more important, it is a country away from the main travel routes.

I remember meeting a few fellow Chileans in Rennes during my Ph.D. studies, despite the small population of the city. I even had a classmate from my country at the INRIA research institute. In another occasion, I booked a hotel at Samos, and later found that the owner was Chilean, the only one in all that island.

As in every country, Chilean TV producers make a show finding all these expats around the world, in South Africa, Mozambique, Thailand, Beijing, Bangkok, Budapest, Bangalore, Berlin, and eventually Istanbul. They interviewed some of the handful of Chileans living here. The chapter can be seen online, although there are not (yet) english subtitles. 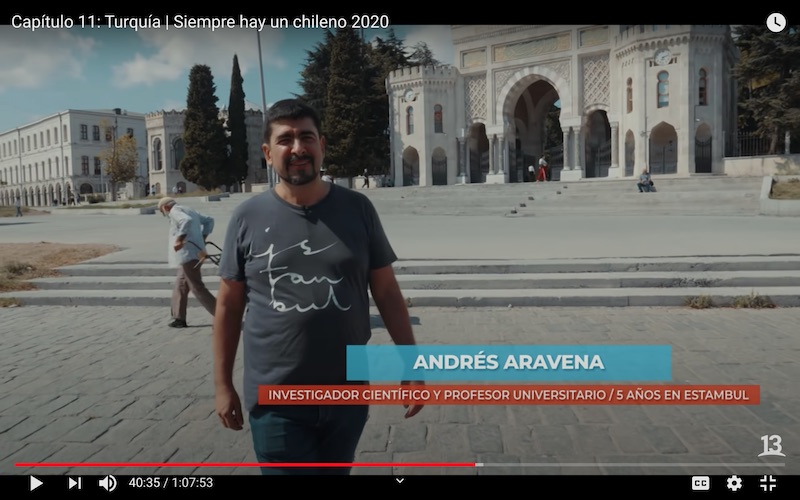 The carpet seller told us that he travels to Chile every year, to sell carpets. He spoke a decent Spanish, with Chilean accent. And he invited us for Turkish coffee. 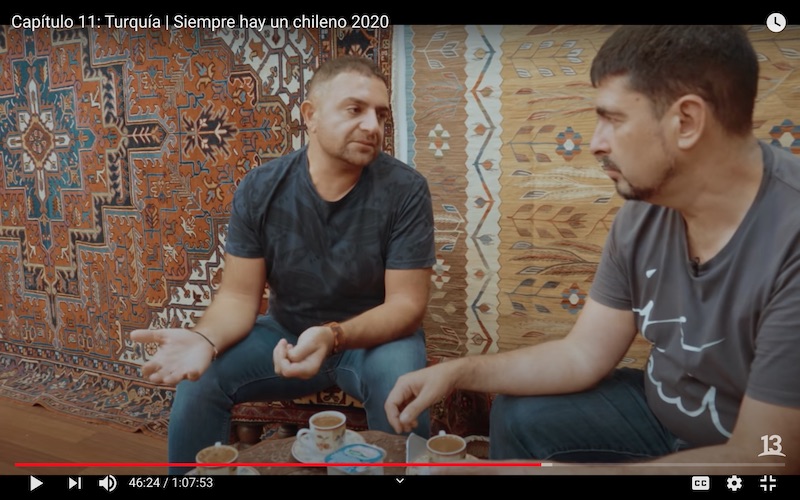 The part that was more important to me is when they asked what message did I want to send. It was my opportunity to say “thank you” to all my professors and family that prepared me to be here, where I try to make them proud.